You are here: Home > About > Biography

David Lewry was educated at Sevenoaks School in Kent and, having achieved an A level in Art and Art History, was accepted at St Martins School of Art in London.

As a mature student he completed a First Class Honours degree in Art and Humanities with the Open University and subsequently received a Diploma in Botanical Illustration under the tutelage of renowned Botanical Artist Rosie Martin at the Eden Project in Cornwall.

His Botanical work has been featured in a number of books including the award winning Contemporary Botanical Illustration with the Eden Project by Rosie Martin and Meriel Thurstan and in Illustrating Exotic Plants by the same authors. In 2009 he exhibited a series of twelve paintings at the London Orchid Show in London and was awarded a prestigious silver medal by The Royal Horticultural Society.

David runs a number of very successful classes and workshops in and around Bedford and has hosted several painting holidays at home and abroad. He teaches watercolour and drawing around the world on board cruise ships such as Saga Ruby and Spirit of Adventure and is in great demand as a demonstrator and teacher with Art societies and clubs throughout England. He is a popular tutor at Rothsay Education Centre in Bedford, running courses in watercolour painting, drawing and Art History and recently a very successful art holiday on Hayling Island.

In addition to the highly skilled botanical work in watercolour and coloured pencils he also produces a wide range of work in pencil and coloured pencil on a variety of different subjects.  He is now a signature member of the United Kingdom Coloured Pencil Society and has featured in several of their annual exhibitions; including winning the prize for best Wildlife Animal Portrait in 2015.

He has contributed instructional articles for The Artist and Leisure Painter magazines and appeared in a live coloured pencil demonstration on the SAA TV channel in 2017.

He is nearly always to be seen with his faithful companion Blondie, surely Britain’s most artistic dog on account of the number of art lessons she has attended! 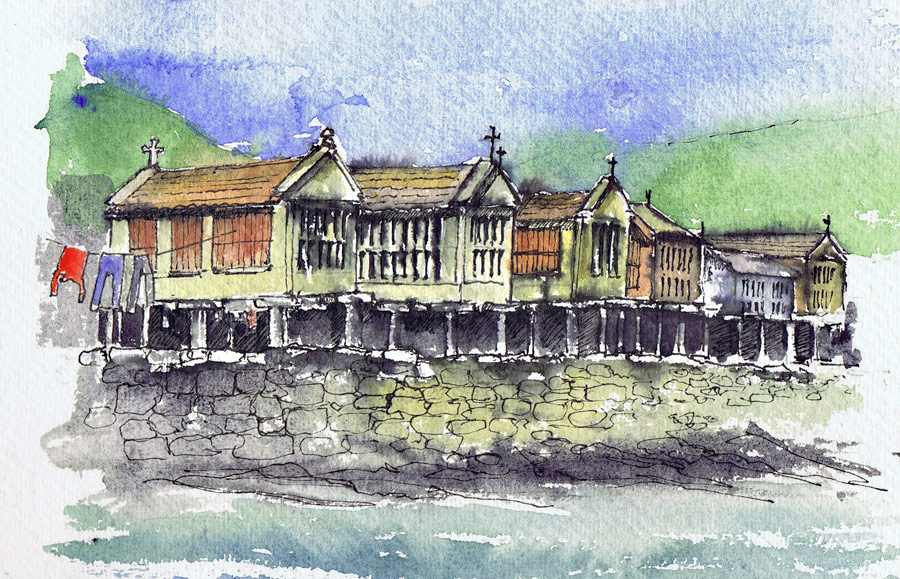